So it turns out that the casual display used by Dani DaOrtiz in his Open Triumph trick can be found in Jerry Sadowitz’s’ Crimp Magazine under the title of “Psychological Triumph” in issue 47! I personally prefer Dani DaOrtizs’ handling which is much easier and more causal, but credit must go to Mr Sadowitz for the display.

It’s a great idea and so so convincing..

View all posts by Kevin

Thoughts, views, ideas and commentary on the art of card magic. 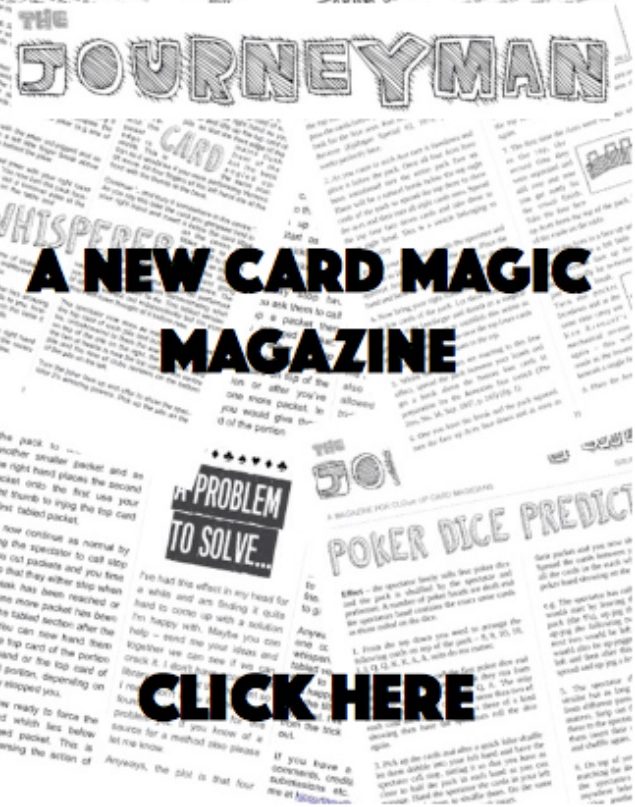